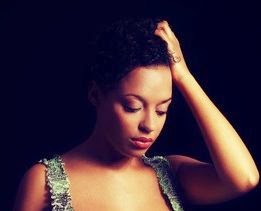 He once loved me intensely.  As a result of that love a jealousy and fear grew within me.  I always knew I never wanted to feel what it would be like to be without his love… I knew I would shatter to pieces if I ever discovered he loved another as or more intensely than he loved me.  I knew there were others and though it thoroughly pissed me off, I knew they were not me so I weathered through it.  I knew their exchanges didn’t measure up to a tenth of the love we had between us. That all changed the day I discovered her existence.
She was the one that set everything in motion.  She changed us for good. She changed our bond, our love, our marriage and our family permanently.  She affected us in ways that I can’t even begin to express.  She had impeccable timing that became his everything, all that he looked forward to.  Until this very day I wonder if they know the magnitude and the devastation they caused….most likely not. I’m sure she couldn’t have given even one single damn.
She was the one he now called with excitement when it used to be me.  She was the one that motivated him to make frequent trips to the corner store (so he could freely answer her missed calls).  She motivated him to return to our marriage bed just before dawn and sometimes not at all.  Over time I began to see the extra effort he was making in his appearance for her that he once made for me.
Their need for each other although a complete bliss for them, started a deterioration within me.  I allowed their nascent romance to rob me of my aspirations and my dreams.  He was so embedded within me that without him I now felt so broken.  I no longer wanted anything to do with what reminded me of them, even if that meant him too. Our home became a cold reminder of what was, what could be but, now isn’t. It became an emotive prison and I wanted out.
I became so emotionally weak but, my heart became hardened.  To him and everyone else I appeared bitter, stubborn and strong willed. Inside I was dying and trying so hard not to breakdown.  I allowed their actions to strip my self-worth, self-respect and confidence.  A once self-assured woman now diffident and weak. Alone I remain for no one could ever be him to me, no one could ever be us.  It’s been well over seven years now and broken I remain.
Copyright: BDS / 123RF Stock Photo