The Night the Dance Ended 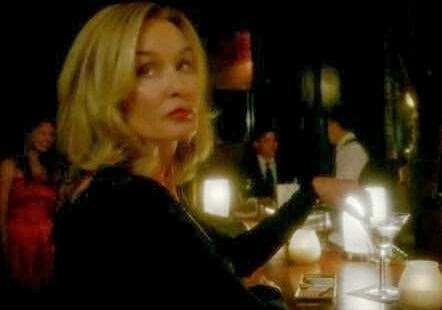 I’m sure finding love is attainable at any age. However, is there an expiration date on this whole dating thing? At what point is it possible to consider that one may be getting a pinch too old for this? Is there a point where one realizes they should have settled down with that special someone long ago? That point where one is forced to leave the game. Not because you wanted to but, because the game has forcefully retired you.
American Horror Story character, Fiona Goode played by (Jessica Lange) has this compelling scene in the episode appropriately named “The Replacements” that depicts this exact realization. It takes place in a dark Louisiana lounge. Fiona sits at the bar sipping her choice of spirits, while inhaling her surroundings as she exhales the smoke from her ciggy. She sits alone and unnoticed while the younger women at that very same bar are being approached. Suddenly, a handsome man comes towards her smiling. She takes note and prepares to be acknowledged only to realize that handsome man was making his way to the more youthful woman seated beside her. Feeling a bit foolish, it is then that she comes to the realization that she is an aging woman who no longer possess the “it” factor she once had. Her outer beauty has matured and to her dismay it’s fading more rapidly that she would like to accept.
(As she sips her drink her thoughts are narrated and she looks around the room)
“It’s a dance, a dance no one ever had to teach me. A dance I’ve known since I first saw my reflection in my father’s eyes. My partners have been princes and starving artists, Greek Gods and clowns and every one of them certain they lead. But, it’s always my dance. I make the first move, which is no move at all. I’ve always just understood that they will eventually find themselves in front of me. Primitive, beautiful animals. Their bodies responding to the inevitability of it all. It’s my dance and I have performed it with finesse and abandon with countless partners. Only the faces change. And all this time, I never suspected the night would come when the dance would end.”

When do you think your dance should end or will you dance until your inner music stops?